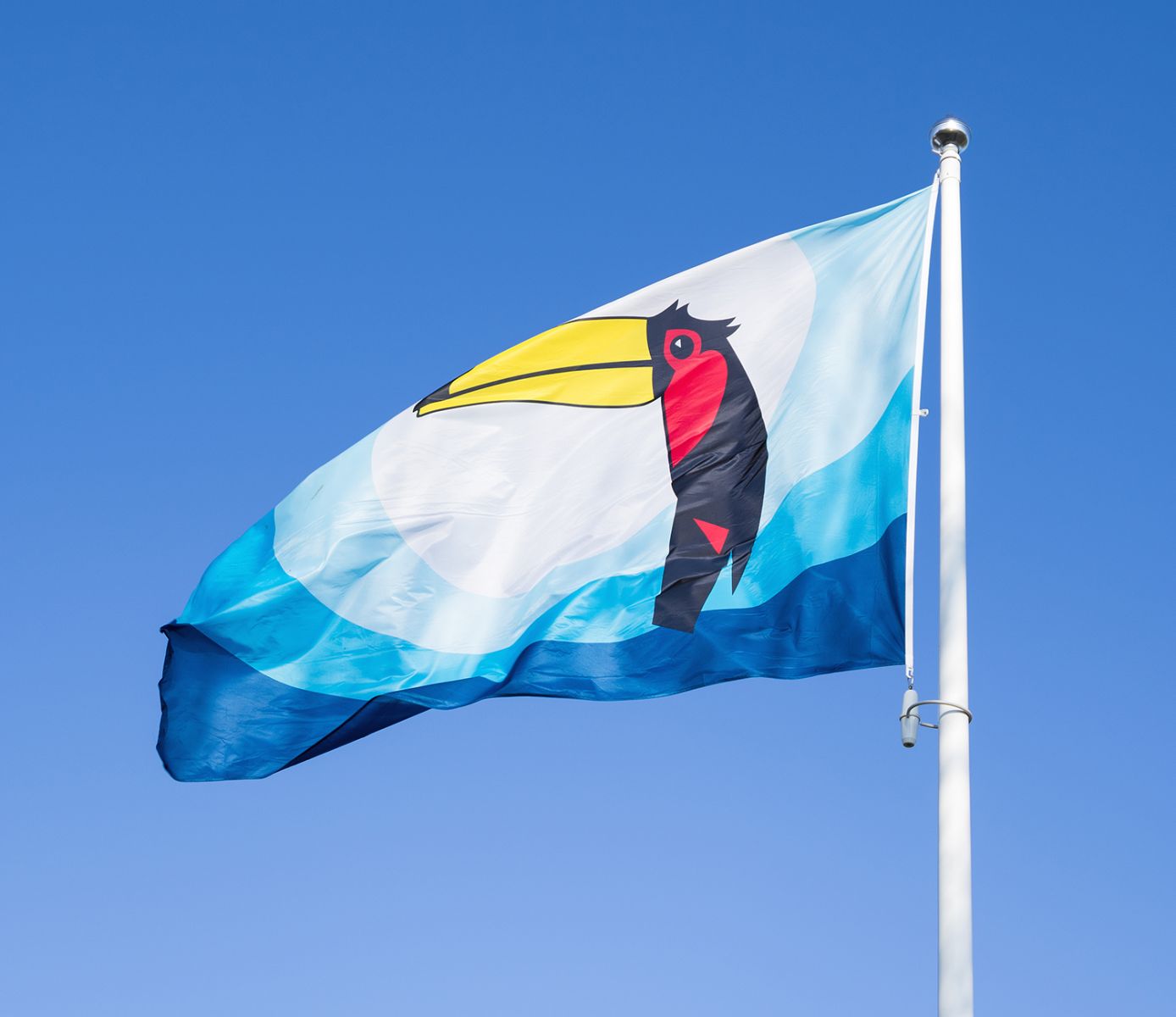 Van der Valk: many differences and yet so recognizable

Mention the cherry in the apple sauce and the toucan and every Dutchman knows which hospitality company you are talking about. How did Van der Valk manage to do that, while there are also big differences between the establishments and each 'stake' does its own thing? Cousins Rick Polman and Jan Broeks, directors of the second largest stake, 'Van der Valk-Luiten', explain how the unity from the past to the present ensures a strong culture.

Van der Valk consists of nine family stakes that can be traced back to the children of Martinus van der Valk. For his work - he was in the car trade - he was often on the road, but if he wanted to eat somewhere it was never as good as when his wife Rie had cooked for him. Together with her he founded a café. They had eleven children and in the post-war years Martinus decided to give them all a restaurant. In this way they were able to provide for themselves. Financially those businesses were often not in good shape, which meant that all the children had to work hard to make a success of it. According to Martinus, there were plenty of opportunities because the businesses he selected were always on a connecting road between two large cities. That was also his concept: food for the travelers according to the tried and tested home recipe: generous portions, Dutch food, for a good price.

We do it together

After a few years, Martinus bought Avifauna Bird Park in Alphen aan den Rijn. Rick and Jan were told stories by their grandmother about how the whole family came together to get the park ready for the opening. Rick, director of Van der Valk Hotel Eindhoven: "Everyone came to paint, clean and prepare the terraces. That went without saying and there was a huge group dynamic." And so it went with subsequent generations. For as soon as children who had the ambition to run their own business were old enough, new hospitality businesses were purchased. "Everyone was ready - financially, but also on the floor - to support the next generation in making it a success. That core value, of all of us putting our shoulders to the wheel and helping the next one succeed, has been essential in the growth of the group." 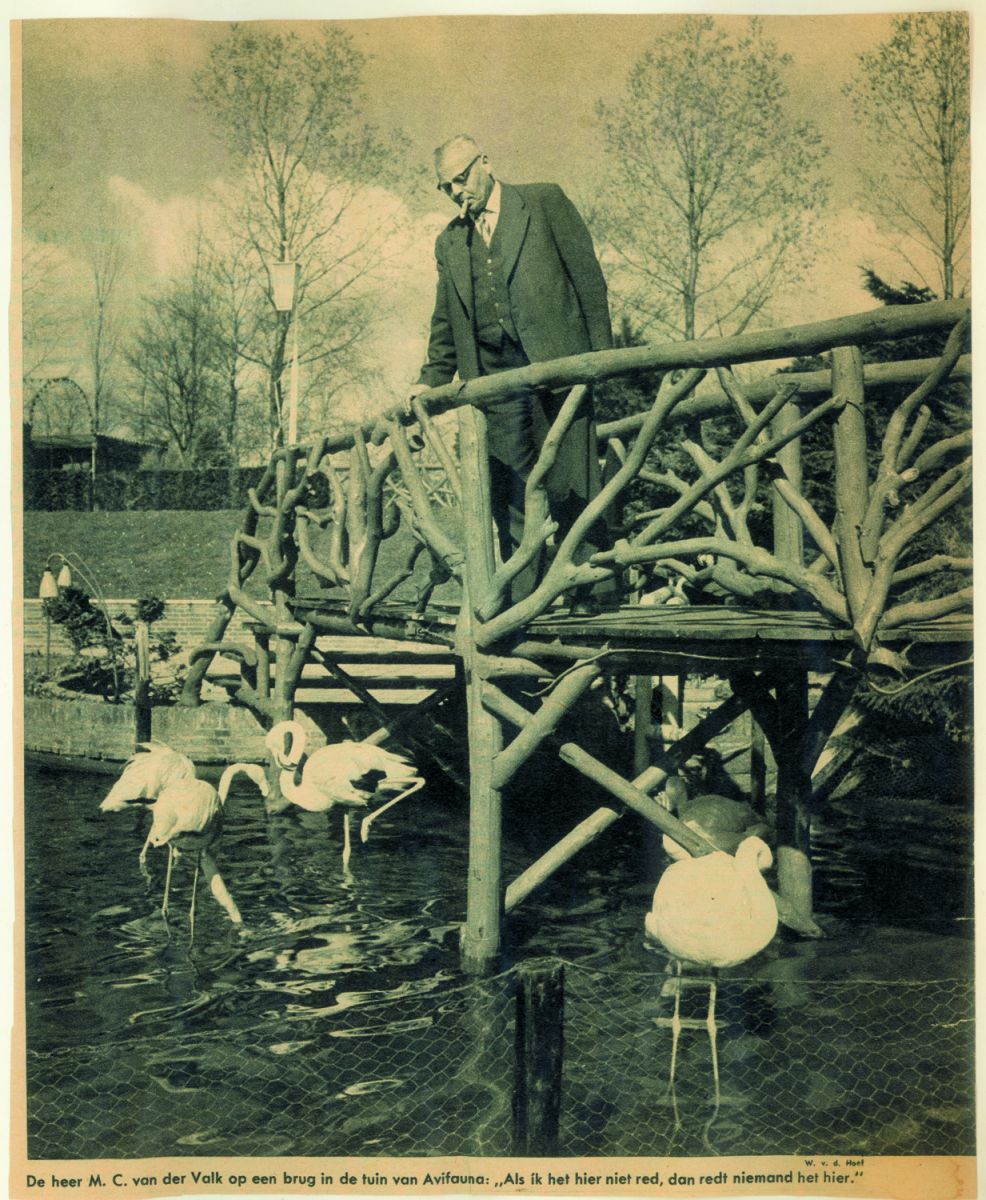 Of all Martinus' children, Arie and Gerrit were the ones who stood out the most. Gerrit was the more enterprising of the two and at one point his father sent him to America. He had to see what was going on over there. He became acquainted with illuminated advertising, large motel rooms, sorbets, plastic chairs and also the apple sauce with cherry has its origins in this legendary trip. Incidentally intended as dessert; 'that subsequently the Van der Valk guest started spooning the compote over his peas is not our idea.' At the time, all this was completely new to the Netherlands, but the Van der Valk family ventured out and introduced brunches in motels with eye-catching illuminated advertising to the Netherlands. "Whether it would work in the Netherlands was also a gamble for them of course," says Rick. "That's how we've always done it. We see something somewhere else and try if it works for us. Then if it doesn't work, it was a one-off. If it does work out, other family members take over."

At that time, the restaurants were given a uniform character with the same menu and the toucan appeared everywhere on the facade. Arie and Gerrit invested in new projects so that their children could get started and in the 60s and 70s Van der Valk grew very quickly. There was never any question of franchising or renting out the Van der Valk formula. "We run the hotel the way we were brought up. As children, we were told about the strategic decisions at the kitchen table and we did the washing up ourselves in the restaurant. So no, without family ties you don't become an establishment owner." But what if you get a top player in the company who continues to grow and has ambitions to run his own hotel? "Then he will automatically leave for the competition," says Jan, director of Van der Valk Hotel Volendam. "The strength lies in people who have been working for you for years. Who respect you as a family owner and who help you turn it into something great. That's why it works. Do they have other plans? Then they either have to marry a Van der Valk, or we move on to a new manager."

1994 was a low point for the family. The FIOD raided hotels and detained several "Valken," including Gerrit. "He wanted more and the family business was growing much too fast. As a result, we were working in an old-fashioned way; the amount of black money in the company was out of date," Rick explains. In addition to the high fine that followed, the group suffered more setbacks. The Internet was on the rise, the attacks on 11 September caused a crisis in the hotel market and in 2002 the parking deck of Van der Valk Hotel Tiel collapsed. These events made Van der Valk sharper than ever; no new locations were purchased for a while, instead the focus was on the existing locations. The needs of the customers were changing; the American model was becoming outdated. The large dining rooms were transformed into buffet restaurants, traditional party rooms into meeting rooms and the motels became hotels.

After the FIOD affair, the children of Martinus focused more on their own branches and those of their children. Their own region and the needs there became the starting point. That explains the many differences between the branches. Rick, for example, focuses his hotel on the business market with conference and meeting rooms, while Jan focuses on tourism in Volendam. Seven of the branches - including those of Rick and Jan - together form VDC (Van der Valk Dienstencentrum). VDC provides structure thanks to clear agreements and an unambiguous (marketing) strategy. VDC makes joint purchases, there is room for collegial support and location agreements have been made. Two stakes fall under Van der Valk Exclusief. No location agreements have been made with them and this often leads to mutual competition and jealousy. Rick and Jan don't want to waste too many words on it, but it does create focus, they say. "Van der Valk can only benefit from it and that makes us an even stronger player compared to competitors. The FIOD affair has had a lot of impact." Not on the family ties, they say themselves. All the 'Valken' still get together every year during a family day, where they take turns showing off their success. "That family day hosts a different Valk every year. And every year becomes grander and more immersive. We don't like to undercut each other."

The group's projects are also becoming larger and more immersive. In ten years' time, more than fifteen establishments were added in the Netherlands. Also in Belgium Van der Valk has taken up a strong position on the hotel market this decade. Since Martinus van der Valk realized the first motel in Dennenhof in 1958, there has been no expansion in Belgium; it remained at four establishments. In recent years this changed and twelve hotels were added to the group. Rick: "Belgium - with its Burgundian lifestyle and a similar hotel market - is a good fit for us. It is also close by, so the link with the family in other branches remains strong." The ambition remains to grow Van der Valk in Europe, where Germany seems the logical next step. Jan: "The real estate market in Germany is fairly overexcited, so it's important to look carefully at where we want to establish ourselves, and we need to do that in a solid way." There are currently fourteen branches in Germany, including a hotel next to Berlin's international airport. "I think that in the near future we will be looking mainly at border areas close to the Netherlands, so that we can grow like an oil slick. Again with an eye on those all-important family ties. Besides, it's nice to be able to visit your cousin once in a while to see how he does something. Then you can immediately see when his sidewalk is dirty. Well, my name is on his façade after all...". 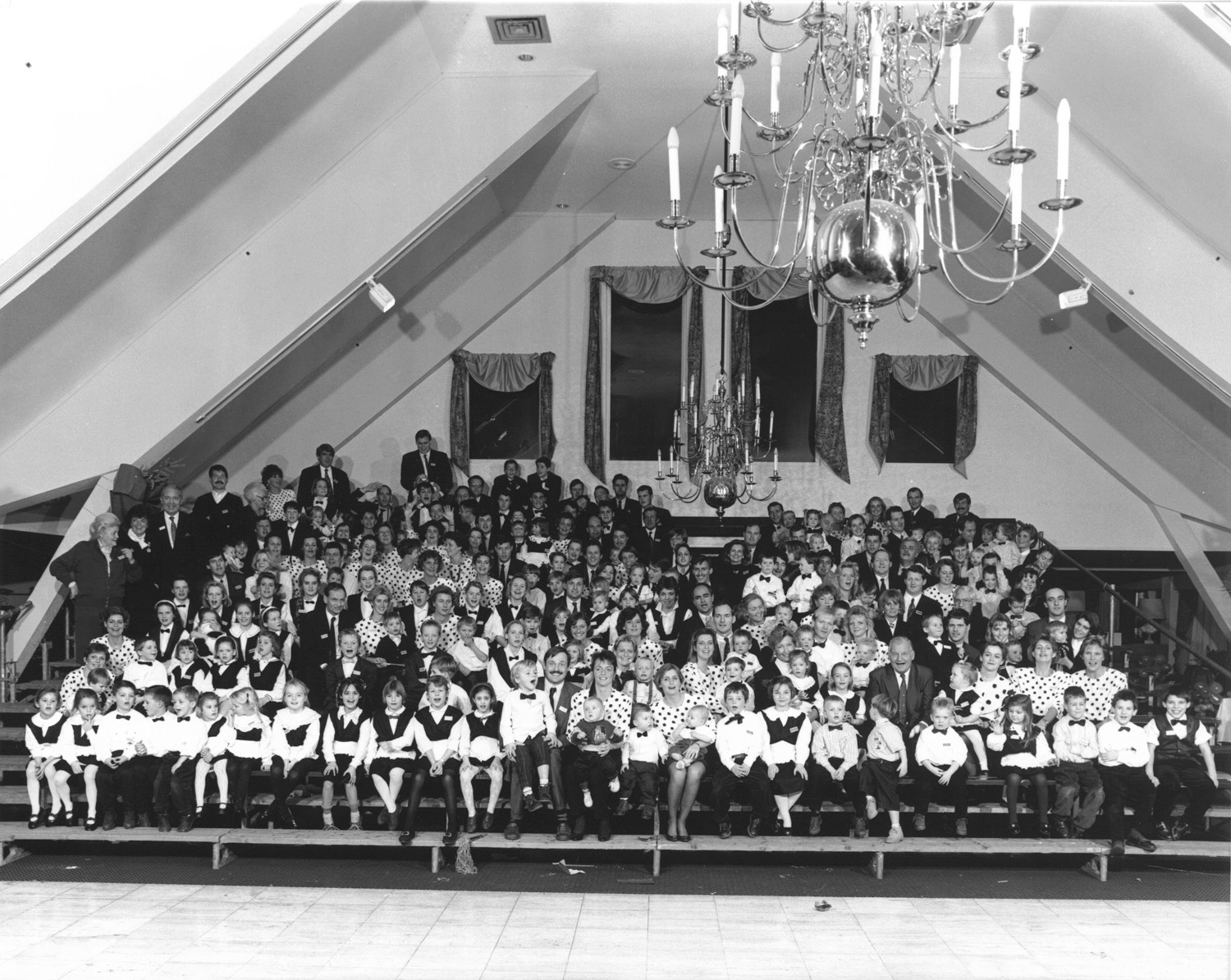 The fifth generation is now committed to fulfilling the grand family ambitions. Britt, Rick's daughter, is already in the business. "And recently Thijs, the oldest son of a cousin of ours, took over a hotel," says Jan. "Right during corona. We are looking for an establishment that suits such a young entrepreneur; one that is not too complicated. Moreover, Thijs is not alone, because there are many experienced employees around who know all the ins and outs. He can always call us or put a question in the family app." "Then we laugh at him first. And then we provide him with information," Rick grins. Even if a family member does not have the qualities to run the business himself, there is room in the company. "If not as owner, then there are plenty of other nice jobs to be had and there is also room for people with a distance to the labor market. Everyone can come here. But they should not expect it to come to them for free. They will have to work hard themselves to make it a success."